After a successful first edition, Lollapalooza Berlin is returning this summer! Get blown away by the biggest artists, art and fashion in Berlin at a wonderful new location: Treptower Park.

The second European edition of Lollapalooza will take place this summer! One of Europe’s most dazzling cities, Berlin, has the honour to accommodate the festival. Known for already many successful editions in Chicago, Santiago, Buenos Aires and São Paulo. The festival established in 1991 by the lead singer of the band Jane’s Addiction and has been very popular ever since. Lollapalooza Berlin moves this year to another location, as the city of Berlin shelters many refugees in the old Tempelhof Airport. For that reason Lolla Berlin celebrates at Treptower Park, in fact visitors can wander around the Grüne Kiez and learn about sustainability. Festival-goers will enjoy the exclusive line-up by the US rockers Kings Of Leon, the British band Radiohead, German artists Paul Kalkbrenner, Milky Chance, Alle Farben and Philipp Poisel, but also Major Lazor, Dimitri Vegas & Like Mike and many more.

Go to this year edition 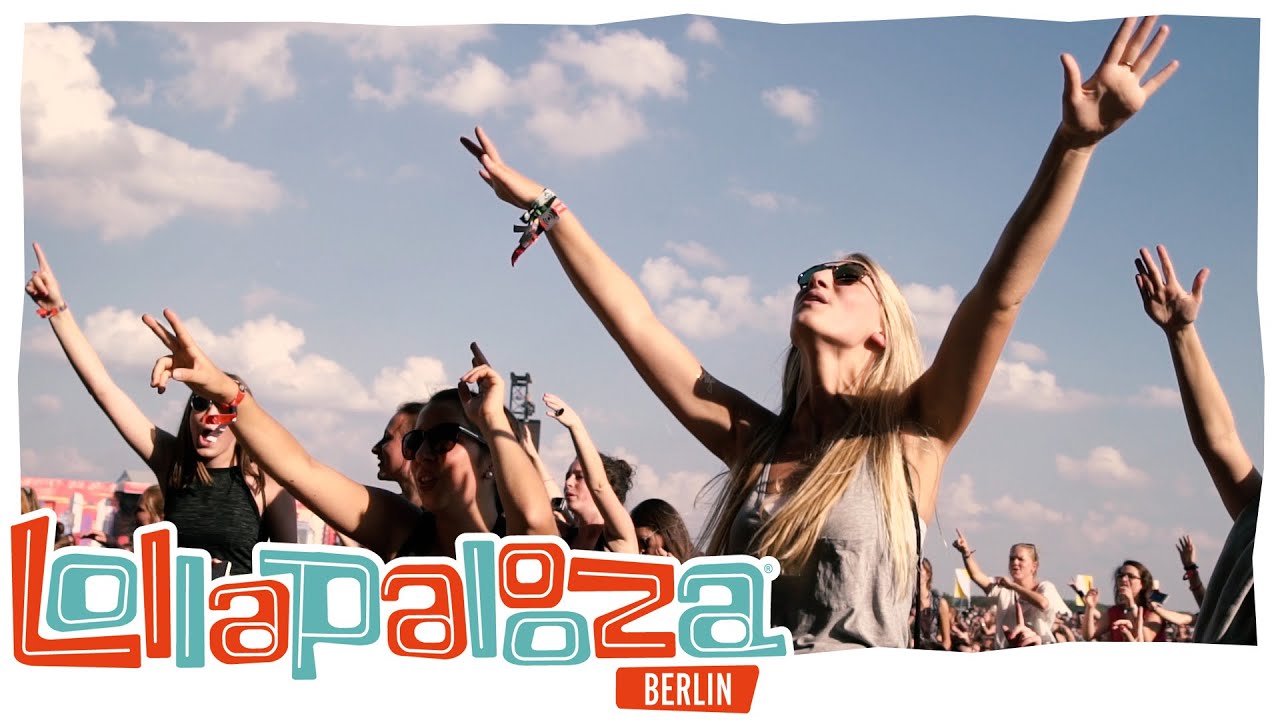 Lollapalooza Berlin takes place at the green meadows of Rennbahn (horse race track) Hoppegarten. This cultural hotspot is located at a 30-minutes drive from bustling Berlin.  Because of a temperate maritime and continental climate the summers in Berlin can be very hot with an average maximum temperature of 22-25 degrees. The trendy Berlin neighborhoods Friedrichshain, Mitte en Prenzlauer Berg are definitely worth a visit.

What do you need to know?

Together with InterRail and Festival.Travel offer tickets to travel through whole Europe. With an interrail ticket, you have unlimited train access for a certain period within 30 European countries. This excludes the travellers’ mother resident country. Make your festival holiday more adventurous and a bigger experience!

What do you need to know?

The fastest way to travel to B my Lake is a plane to Budapest, Hungary. In cooperation with Cheapflights we help you find the cheapest flights. The website compares every flight and will select the most favorable offer you can get.

Be aware of the limited luggage space, especially when you have to take tents e.g. with you.

What do you have to know?

Travelling by car to a festival gives you freedom when and where to do pit stops and perhaps include some sightseeing while on the road. If you have some free seats left or looking for a ride, there are several website you can check out. Sharing a ride is a great opportunity to connect with people and share your journey costs.

Keep in mind that during the ride you will pass several toll roads. At most of these check points you can pay by credit card, but we would still advice you to bring cash with you.

A former nunnery transformed into a cheap international youth hostel in Berlin city. It's centrally located in the Kreuzberg district.

Stay over in the innovative industrial and urban Berliner design hotel located in the district of Mitte in Berlin.

When does the festival end?
The last acts will perform during the night of Sunday the 11th. Everyone is requested to leave the festival terrain Sunday evening at 11pm.

How can I pay at this year’s Lollapalooza?
The only way to pay at Lollapalooza is with the Festival card. This electronic currency can be picked up for free at one of the many charging points. Here, you can top-up the pass with cash or debit/credit cards.

What is the exact location of Lollapalooza Berlin?
Treptower Park, Alt-Treptow, Berlin, Germany.

How can I pay?
You can choose one the following transaction methods by our professional ticket partner (Paylogic):

All tickets carry my name since I’m the one who made the order. Is this going to a problem for my friends?
On the tickets you can find the name of the person who purchased the tickets, not to whom the ticket belongs. As the tickets are scanned at the entrance of the festival, the barcodes will get checked to verify the tickets’ validity. Subsequently they can check the system to check the name of the ticket holder. Does a ticket change its’ owner? Please let the ticket provider (Paylogic) know by mail customerservice@paylogic.com.

Can I refund my ticket?
No, Festival.Travel is not permitted to accept or change returned tickets, but it is possible to sell your ticket to someone else. Would you like to have more information on reselling your ticket, or planning to do so? Please contact clientservice@festival.travel.

Do I have to bring a passport or identity card?
In Germany it is sufficient if you have an identity card with you.

What kind of plugs do they use in Germany?
In Germany they use European plugs, so you don’t have to bring universal plugs.

Can I drink tap water?
You can drink water from the tap, as long it is not indicated you can’t.

Ask your question via the contact form. We’re happy to help you with your choice!

Could this be something for you?